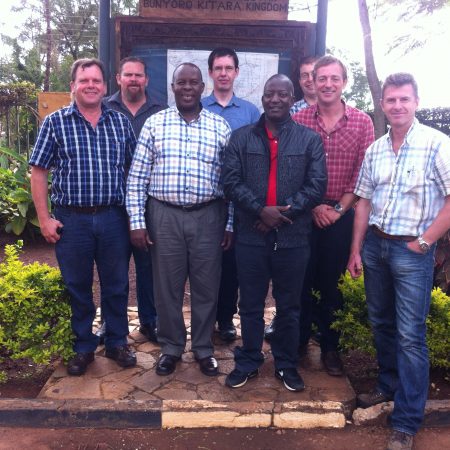 Gerard Klijn lays out the requirements for success.

Part 2: The cashew, pecan and macadamia tree nut markets are of huge and growing importance so we continued to download a market view from Gerard Klijn, founder and CEO of Trade & Development Holding bv. and renowned market specialists discusses the outlook for this hugely important crop. (2 of 2)

Not only have volumes increased, but so have prices. This is partly due to the significant increase in demand in large markets, such as China and India. For example, in 2004, there were 400-600 million pounds of almonds sold in a price range of of $1,00-3,25/lb; today, there are over 2 billion pounds sold in a range of 3,50-5,00$/lb. This is largely to an active nut marketing effort, which has resulted in an active demand for a variety of tree nuts.

What are key elements of success for tree nut trading companies such as TDH?

One thing we have done since the inception of our company, TDH, is to try and connect farmers to markets. This includes improving the link between farmers, processors, roasting companies, and final buyers (e.g. supermarkets). We also think long term (>10-year horizon), even if general planning is done on a 5-year timeframe.

When TDH started in 1993, there were a multitude of trading houses operating with a notable lack of transparency. For example, it was not uncommon for nut parcels to move through seven companies before they were roasted! Leading companies now focus on ‘direct sourcing’, where the supermarket (or other buyer) is connected to the farmer and many players are removed from the chain (or work as supply chain co-ordinators) and final buyers work for example with subcontractors for roasting, salting, packing, etc

The increase in transparency has connected farmers to end markets, resulting in improved farmer prices, food safety and reducing long-term price volatility. Nevertheless, direct sourcing (shorter supply chains) can create short-term volatility when there are sudden spikes in consumption with too little product in the SPOT market or supply line.

With the improved transparency, buyers are in a position to encourage improvements across the value chain. For example, the fluctuation of cashew yields varies massively between different farmers. By encouraging consistent management approaches, farmer income can increase by over 1000%. Traders can also create synergies between different value chains. This could include engaging the same buyer with different crops (e.g. mangos and tree nuts) or partnering when separate buyers are working with the same farmer (e.g. shea nuts and cashew).

This site uses cookies. By continuing to browse the site, you are agreeing to our use of cookies.

We may request cookies to be set on your device. We use cookies to let us know when you visit our websites, how you interact with us, to enrich your user experience, and to customize your relationship with our website.

Click on the different category headings to find out more. You can also change some of your preferences. Note that blocking some types of cookies may impact your experience on our websites and the services we are able to offer.

These cookies are strictly necessary to provide you with services available through our website and to use some of its features.

Because these cookies are strictly necessary to deliver the website, you cannot refuse them without impacting how our site functions. You can block or delete them by changing your browser settings and force blocking all cookies on this website.

These cookies collect information that is used either in aggregate form to help us understand how our website is being used or how effective our marketing campaigns are, or to help us customize our website and application for you in order to enhance your experience.

If you do not want that we track your visist to our site you can disable tracking in your browser here:

We also use different external services like Google Webfonts, Google Maps and external Video providers. Since these providers may collect personal data like your IP address we allow you to block them here. Please be aware that this might heavily reduce the functionality and appearance of our site. Changes will take effect once you reload the page.